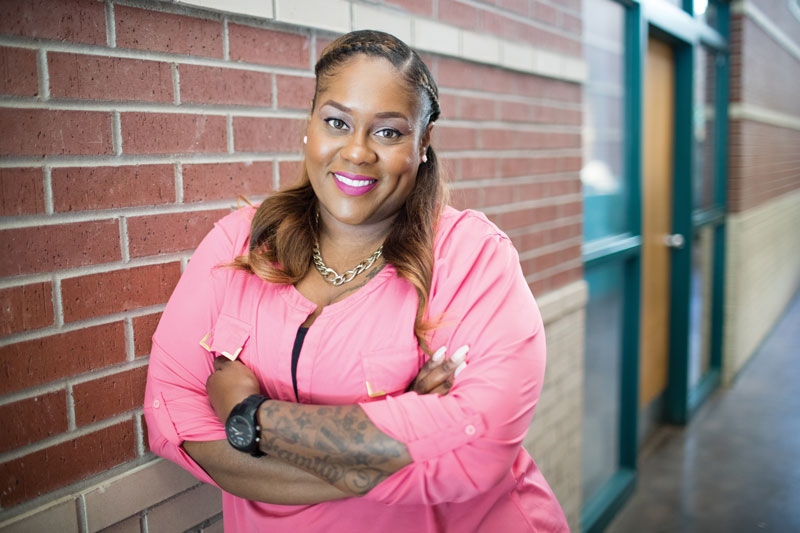 Extraordinary. That’s the word Kawanna Gordon uses to describe the impact of New Hope Oklahoma, a nonprofit whose mission is to “end generational incarceration, one child at a time.”

But extraordinary also described the burden Gordon felt in 2014. She was pregnant with her younger son, and her 7-year-old son had started acting out following the incarceration of his father. That’s when the paths of the Gordons and New Hope connected.

New Hope, celebrating its 25th year, has grown from hosting a summer camp for six children in 1992, to serving more than 500 students ages 5-18 through summer camps, an after-school program, community groups and special events throughout Oklahoma.

New Hope’s after-school programs are in eight schools across Oklahoma. The nonprofit uses the evidence-based curriculum
“WhyTry” to teach students life skills. Program and Camp Director Meghan Lovett explains that simply providing a space for the kids to be together fosters a sense of belonging. “They’re their own support system,” she says. “What they need is a strong community and a good mentor.”

Gordon’s experience with New Hope provided an upward trajectory for her entire family. Through the positive relationships with peers, mentors and counselors provided by New Hope, her oldest son’s behavior changed dramatically. Now 11, he recently won a school leadership award.

Gordon herself is employed with New Hope as a program coordinator. Her passion is working with teenage girls. “I’m trying to show them the right decisions to make as young women,” she says. “They’ve become part of my life.”

Check out its Amazon wishlist (under New Hope Oklahoma).